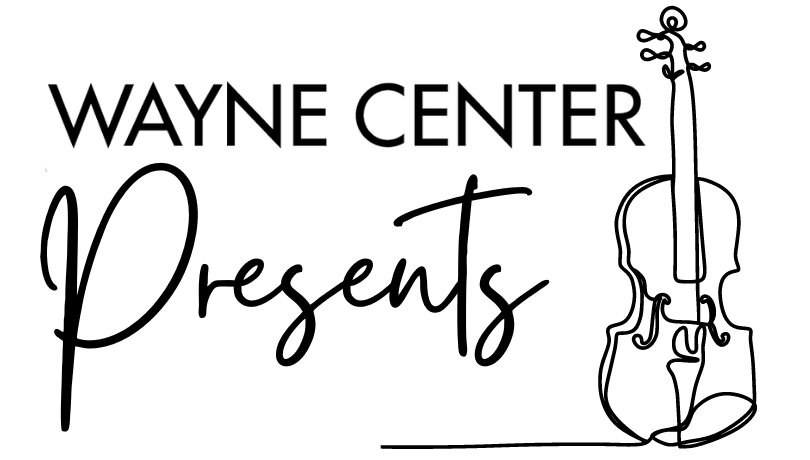 A 5 Concert Series at the Wayne Center for the Arts featuring world-class musicians in an intimate venue, diverse ensembles, artists, and programs, with a focus on sharing outstanding music experiences with audiences.

In partnership with ESQYRE, an Ohio based organization focused on classical music performance and education programs.

Support for Wayne Center Presents is provided by a grant from the National Endowment for the Arts, the Ohio Arts Council, and individual contributions.

Series Subscriptions are currently Sold Out.  Scroll down to purchase tickets to individual concerts.

Concert Series
Go to Previous SlideGo to Next Slide

Jason Vieaux, Classical Guitar, Solo Recital
February 3, 7pm (SOLD OUT)
https://www.jasonvieaux.com
Grammy-winner Jason Vieaux, “among the elite of today’s classical guitarists” (Gramophone), is described by NPR as “perhaps the most precise and soulful classical guitarist of his generation”.  Among his extensive discography is the 2015 Grammy-winning album for Best Classical Instrumental Solo, Play.

Theron Brown Jazz Trio
March 18, 7pm (For Tickets to this Concert ONLY Click Here)
A glimpse of gospel, jazz, and soul from the great legends is what inspires the sound of pianist Theron Brown’s music. But the reason he plays is to encourage and influence people through his talents.

Born and raised in Zanesville, Ohio, Theron currently resides in Akron, Ohio, where he is the artist coordinator for Curated Storefront, artist director at I Promise School, and the founder and artistic director of the Rubber City Jazz & Blues Festival which takes place annually in Akron, Ohio’s downtown historic district.

Jinjoo Cho, Violin, Solo Recital
April 21, 7pm (For Tickets to this Concert ONLY Click Here)
https://jinjoocho.com
Violinist Jinjoo Cho is redefining what it means to be a classical artist in the 21st Century as a charismatic soloist, dynamic and engaging chamber musician, dedicated teacher, innovative artistic director, and published writer.

Escher String Quartet
May 5, 7pm (For Tickets to this Concert ONLY Click Here)
https://escherquartet.com
The Escher String Quartet has received acclaim for its profound musical insight and rare tonal beauty. A former BBC New Generation Artist and recipient of the Avery Fisher Career Grant, the quartet has performed at the BBC Proms at Cadogan Hall and is a regular guest at Wigmore Hall. In its home town of New York, the ensemble serves as season artists of the Chamber Music Society of Lincoln Center.

Asi Matathias, Violin and Matthew Graybil, Piano
June 3, 7pm (For Tickets to this Concert ONLY Click Here)
https://asimatathias.com
Violinist Asi Matathias is already recognized as one of the most celebrated talents of his generation. He made his debut at the age of 14 with the Israel Philharmonic Orchestra under the baton of Zubin Mehta, displaying a musical maturity and inspiration far beyond his years.

Since then, he has performed in Carnegie Hall, The Philharmonie Berlin, the Izumy Hall in Japan, the National Arts Center in Canada, the LiederHalle in Stuttgart and the 92nd St. Y in New York, as well as in extensive concert tours in Asia, Europe, North and South America.

http://www.matthewgraybil.com
Praised by The New Yorker as an "exceptional young artist" and by the Sarasota Herald-Tribune as a "major talent," American pianist Matthew Graybil has performed as a recitalist, concerto soloist and chamber musician throughout the United States, Canada, Europe and Mexico.  He made his orchestral debut at age 14 and has subsequently performed with the Fort Worth Symphony and the National Chamber Players among many others.

Highlights of Graybil's solo career include recitals in many of the world's music capitals, including New York, Paris, Chicago, Baltimore, Mexico City, Philadelphia, Toronto and Washington DC in venues such as Carnegie's Weill Recital Hall, Subculture, Le Poison Rouge, Verizon Hall at the Kimmel Center and Lincoln Center. Artists with whom he has collaborated include Itzhak Perlman and the Enso and Ulysses String Quartets.
As an exponent of music from the 20th and 21st century, he recently gave the New York premiere of Walter Piston's Concerto for Two Pianos Soli.